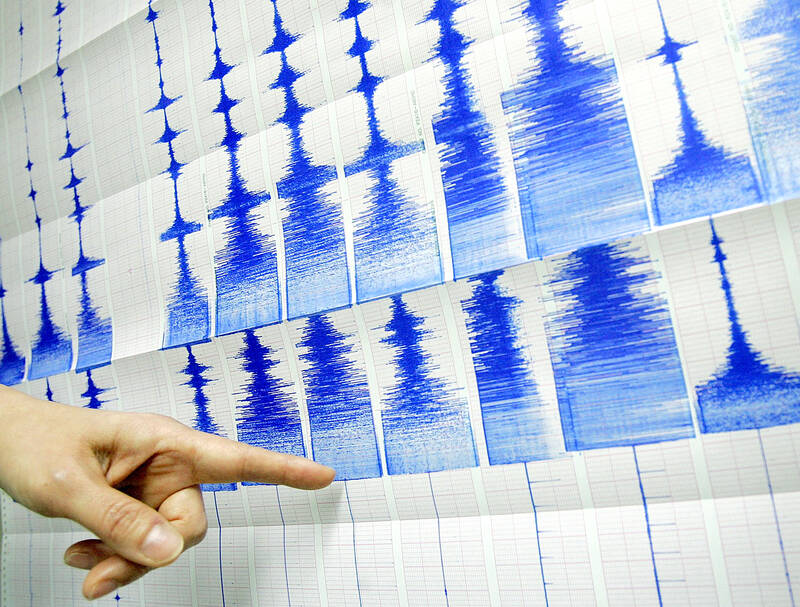 The National Center for High-Performance Computing (NCHC) and Academia Sinica have developed an artificial intelligence (AI) model that could help researchers predict earthquakes one day in advance.

The model could predict earthquakes based on precursors to tectonic activity, researchers said.

The model could predict a magnitude 6 or higher earthquake one day in advance by analyzing data from the previous 30 days, they said.

Past studies also found that atmospheric TEC within a 50km radius of the epicenter of an earthquake show signs of change prior to a large earthquake, the Central Weather Bureau’s Seismological Center said, adding that TEC above Taiwan proper was low just before the 1999 Jiji earthquake.

National Taiwan University researcher Chuang Hao-kun (莊皓琨), who was also on the research team, on Saturday said the team analyzed TEC data from Europe spanning 2003 to 2014.

“By filtering out certain information such as the disturbance storm time index, sunspot data and the solar radiation index, we were able to accurately determine hourly TEC changes,” he said.

The team also used data from 19 cases of TEC changes in which an earthquake did not occur to improve the accuracy of the AI model, he said.

“The system can now predict when a magnitude 6 or higher earthquake will occur, but we are still limited by the resolution of ionospheric data, and we cannot say for sure where the epicenter will be,” he said.

“We also have to work with a data transmission delay of five days or so, since our global ionospheric data are provided by Europe,” he added.

The team also found that the concentration of radon levels in the ground changes before a major earthquake, Academia Sinica researcher Fu Ching-chou (傅慶州) said, adding that the level of change increases with the earthquake’s intensity and proximity to the epicenter.

“We hope that through all of these factors we will be able to determine more accurately when a major quake will occur, so that we can notify people and ensure their safety,” he said.

The team’s findings have been published by the journal Earth and Space Science.
Date: 2022-10-24
Source: Taiwan News