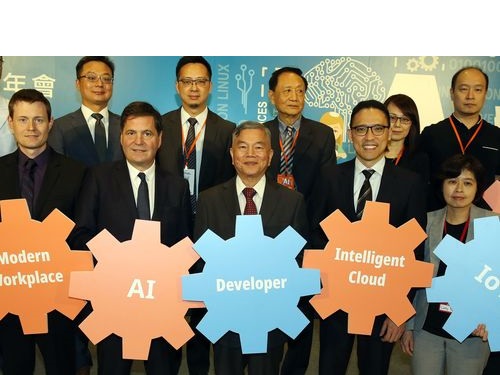 The three-day 2018 DevDays Asia conference, organized by Microsoft Taiwan and described as the largest software developer event in Asia, began Monday and is expected to attract the participation of as many as 300,000 people.

Many of those participating will do so through live broadcasting, according to Microsoft, which is putting on the conference for a third year in collaboration with Taiwan’s Industrial Development Bureau.

The “exciting programs” at this year’s conference will showcase the latest technologies and applications, and an engineering team from Microsoft headquarters has made a special trip to Taiwan this year to share its knowledge, the American software giant said.

The 2018 event will include more than 40 programs and lectures from Microsoft Build, the largest annual developer conference in the United States.

“Program formats will include the sharing of latest technologies, live demonstrations, and hands-on activities,” according to the organizer.

The main themes of the conference will be artificial intelligence (AI), data analysis and Office 365 development and industry solutions.

Sun said he expected digital transformation to contribute greatly to Taiwan’s economic development in the next three decades, citing estimates that it could raise Taiwan’s gross domestic product (GDP) by NT$400 billion (US$13.36 billion) by 2021 and contribute an annual 0.5 percentage point rise to GDP growth.