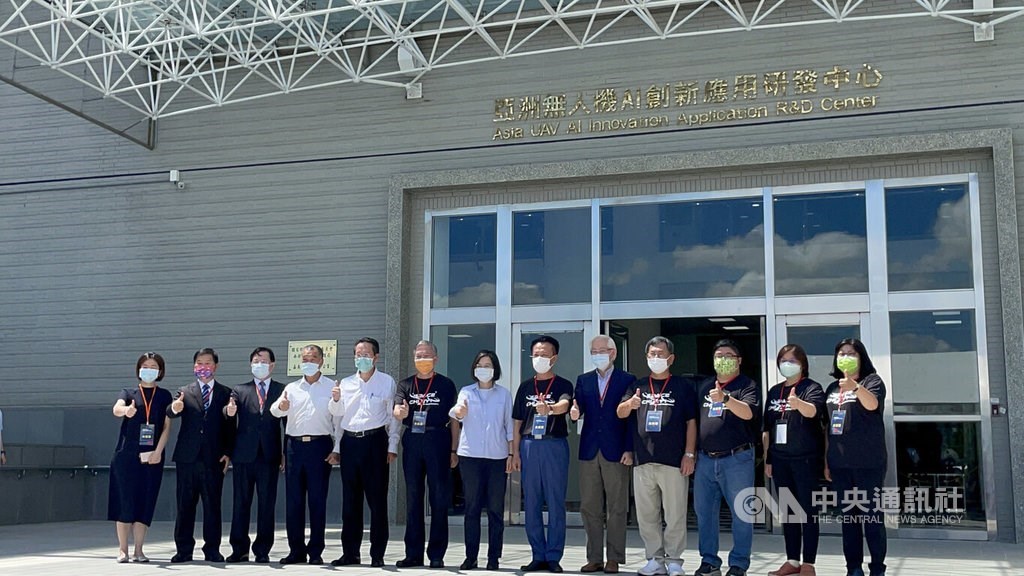 The research and development (R&D) of drones is crucial in enabling the nation to achieve self-reliance while strengthening its asymmetric defense capabilities, President Tsai Ing-wen (蔡英文) said Saturday as she inaugurated a government-run drone R&D facility in Chiayi County.

The application of drones has transitioned from recreational use to farming and national defense in recent years, as evidenced by their prominent role in the ongoing conflict between Ukraine and Russia, Tsai said in her speech at the inauguration ceremony for the Asia UAV AI Innovation Application R&D Center, administered by Chiayi County Government and the central government.

Faced with an unpredictable international political climate, it is important that Taiwan becomes more independent in developing asymmetric combat capabilities by building warships and aircraft domestically, and establishing a local drone industry is a crucial step toward realizing that goal, she said.

As part of the government’s effort to develop drone technology, expand the market and foster talent, the Ministry of Transportation and Communications in March put together an alliance of drone manufacturers in the hope of creating a roadmap to help the nation grow its drone industry and expand the scope of drone applications, the president said.

Chiayi is home to plains, mountains and coastal areas, making it the perfect testing ground for drones, she said, adding that the new research facility in Puzhih City, coupled with an aeronautic R&D center in nearby Minsyong Township and another drone R&D institution in Taibao City, establishes the county as a major hub for drone development.

Currently, 20 companies have set up offices in the R&D center and there are plans to establish a testing site, a drone operator licensing facility, a drone-related academy and a national arena for drone-related competitions, she said.
Date: 2022-08-13
Source: Focus Taiwan