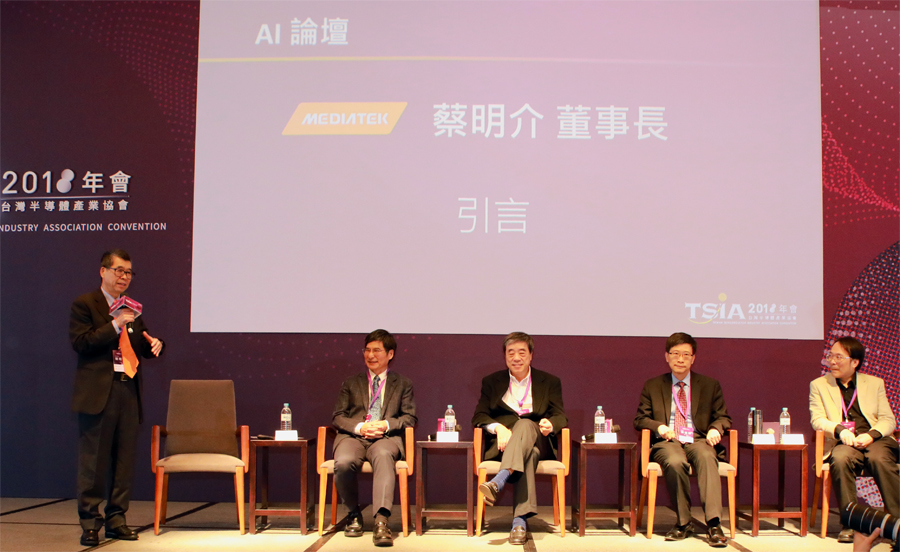 This year is the 60th anniversary of the invention of IC, and Google Taiwan General Manager Chien Lee-Feng was invited to deliver a guest keynote speech on the topic of “Future AI Trends.” Chien Lee-Feng stated that there are tremendous opportunities for AI in the cloud end, device end, and IC domains, and although Taiwan is known as the Silicon Island, it plays an even more important role in the world of AI .

Ming-Kai Tsai noted that AI will have a tremendous impact on humanity’s jobs and lifestyles, and in the future humans and AI will coexist and enter a new era of working together to accomplish tasks. As defined by the United States Defense Advanced Research Projects Agency (DARPA), early on the first wave of AI was known as Handicrafted Knowledge, the second wave was Statistical Learning for deep learning neural networks, and the third wave of AI is Contextual Adaptation with the ability to understand and reason and a deepening cooperative relationship between humans and machines.

Ming-Kai Tsai also pointed out that the development of semiconductor technology is an important propeller in the AI era and the key to implementing smart technology for use in every field.