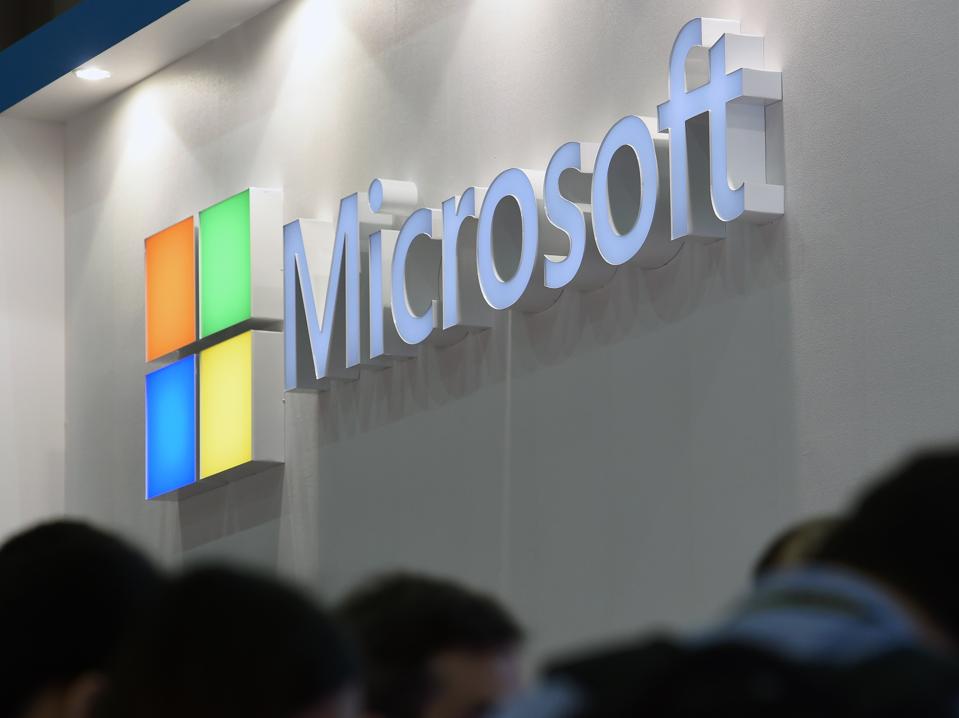 Google announced it will hire 300 people in Taiwan this year and train 5,000 students in artificial intelligence for machines. That news, as detailed on Google’s blog last month, follows an acquisition by the Silicon Valley software giant in January of 2,000 employees who once worked under the Taiwanese tech firm HTC.

Separately but in the same thematic vein, Microsoft said in January it had picked Taiwan to grow its artificial intelligence business. The software firm that’s best known for its Windows operating systems added last month that it would recruit 100 people in the next two years and 200 within five years for a $34 million Taiwan R&D center now in the works.

And that wasn’t the end of Taiwan’s fortune. Last month the Taiwan general manager of IBM said her firm would expand its R&D center in Taiwan with eyes on artificial intelligence, blockchain technology and cloud computing. The manager anticipated 100 new hires in 2018. It’s also developing a cloud research lab in Taiwan.

All three investment cases originated with major American high-tech firms. All reached Taiwan. It’s because Taiwan suddenly has what they want.

One thing they want: easily trainable talent. Taiwan’s engineering talent is easy to train for newer lines of work such as artificial intelligence (AI), says Kuo-yuan Liang, president of Taipei-based think tank Yuanta-Polaris Research Institute. Labor also doesn’t cost much, according to Liang. A lot of that labor comes out of universities trained in basic engineering, making any further training relatively easy.

University education made the difference for Microsoft. The firm picked Taiwan over other parts of Asia because the island’s universities graduate talent across the manufacturing supply chain, according to greater China regional chairman and CEO Alain Crozier in comments made at a media event back in February.

“There’s no lack of hardware as well as soft talent that these institutions can take advantage of,” says Tony Phoo, an economist at Standard Chartered bank in Taipei. “Taiwan has some of the best talent around the region, and it comes cheap as well. If you want to establish a data center to be located in Northeast Asia, Taiwan looks attractive.”

Investments from these major American firms could also be a result of favorable government policy under President Tsai Ing-wen. Investors want official support anywhere they go.

Tsai, who took office in May 2016, is advancing plans to develop sectors like internet of things (IoT) and “smart machines,” among other industries. The government aims to open an Asian Silicon Valley business zone by 2023 for IoT development, for example.

Government agencies helped recruit Google and Microsoft for their latest plans. In the case of Google’s expansion, its largest in Taiwan over the past 12 years, the Ministry of Economic Affairs joined it in launching a program to train more tech talent and expand data centers, the government’s Invest Taiwan website says.

Taiwan is looking for new high-tech fields to grow its GDP to a target of $613 billion economy this year, without over-reliance on hardware manufacturing. This comes as a preemptive move as hardware firms increasingly find they can do factory work for less offshore.

In nearby China, a growing tech powerhouse with even cheaper labor, American firms still have to worry about the impacts of a would-be trade war with China along with potential violations of their intellectual property and data center security problems, Liang says. Taiwan offers more freedom from those worries.

To make it all the sweeter, Taiwan usually offers tech firms more stable electrical power and other infrastructure compared to other parts of Asia.

“Taiwan has a reasonable cost structure, with reasonable offerings to tech companies in terms of utilities, rentals and labor costs,” says William Foreman, president of the 1,000-member American Chamber of Commerce in Taipei. Government incentives and other support help too, he adds.

The Taiwan conditions that motivated investments by Google, IBM and Microsoft may attract others over time, analysts say. Taiwan still confuse some investors because of complex time-off-from-work rules, Liang says, but more investors will probably consider expanding in Taiwan “case to case.”