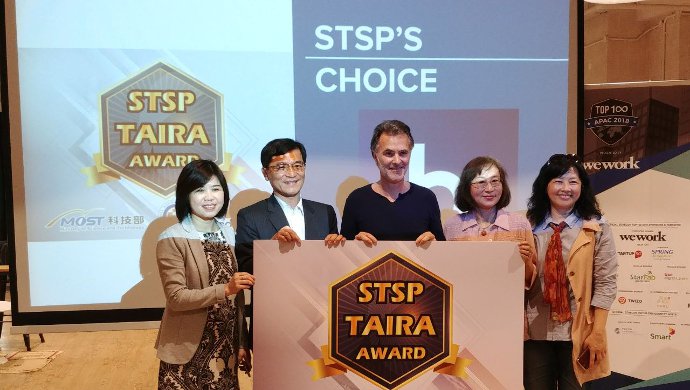 For many years, Taiwan’s tech market has been revered for its innovations in hardware and manufacturing (particularly semiconductors). Among its many successful hardware tech companies include household names such as Foxconn, Asus, TSMC, and D-Link.

But the new wave of technological advancements is quickly shifting away from hardware to software and, with the prevalence and proliferation of high-speed internet connections, cloud computing, Internet of Things (IoT) and AI tech.

Taiwanese tech companies have been to quick to realise this paradigm shift and the need to leverage on these technologies in order to not just compete in the global market but also address new business needs and infrastructure growth. Many companies and organisations in the country have embarked on initiatives to spearhead the development on these technologies, with the help of both corporates such as Microsoft, and startups.

“The Taiwanese government has pushed for cloud computing since 2010, and following that IoT, which means a lot of data is being collected and accumulated. It is also growing AI tech, which will help to leverage all the data available, and turn it into useful models for decision-making and prediction, upgrading current industries and creating new opportunities,” says Yeemay Griffin, Chairman at StarFab accelerator, a Taiwanese accelerator founded in 2016 focused on facilitating corporate and startup partnerships.

The market for AI tech is huge. Last year, AI solutions generated an estimated revenue of around US$450 million, but increasing integration with both consumer and business services looks set to increase that figure to around US$1.8 – 3.8 trillion dollars, according to a report UBS, by 2030.

It is easy to see why that would be the case. AI is a disruptive technology that fundamentally changes products and services across all sectors; AI enables automation, and displaces ‘human’ jobs (in future, the line between ‘human jobs’ and ‘robot jobs’ will become increasingly blurred thanks to AI). The ability to leverage and harness this tech now — when it is still in its nascent stages — is absolutely critical.

Starting from this year, the Taiwanese government has allocated NT$1 billion (US$34 million) to Southern Taiwan Science Park (STSP) and Central Taiwan Science Park each to grow AI and robotics over the next four years, under the Forward-looking Infrastructure Development Program.

StarFab has been working with the STSP, a tech industrial and talent centre dedicated to advancing innovations and grow tech talent and innovations, to accelerate AI and robotics tech in the country.

STSP wants to become a global leader in AI and robot technologies. To that end, it has set up an accelerator called the Taiwan AI x Robotics Accelerator (TAIRA), and STSP aims to use its domain knowledge accumulated through years of industry-specific experience in the regional tech industry to ‘fast track’ the development of AI and robotics startups.

Together with its partners, STSP conducts workshops that explore the development of those building chatbots, NLP, smart wearables and other IoT architecture.

Startups will develop their solutions at the AI_Robot@STSP advanced makerspace, a facility that includes prototyping labs and co-working spaces, allowing startups to experiment and create solutions in a collaborative fashion.

The studio comes with software development resources, as well as a full suite of hardware manufacturing facilities such as DIY equipment and fabrication studios, in addition to software development resources from partners such as Microsoft. In essence, AI_Robot@STSP provides the full set of tools to allow startups to go from concept phase to MVP in one central location, with partners in place to help startups take their solutions to market.

Startups will also receive other support up to US$100,000 equity-free grant, resources from major tech enterprises such as Nvidia, Asus, IBM, and Himax, product design experts and direct introductions to corporates as potential clients and partners.

Startups do not have to be homegrown companies, but they do need to relocate to Taiwan for two to four months to further develop their solutions, and explore partnership opportunities with STSP enterprises at the AI_Robot@STSP advanced makerspace.

Last week, STSP and StarFab came to Singapore to search for a AI startup to bring home via e27’s Echelon TOP100 roadshow, held at BASH in Block 79 — the heart of Singapore’s startup ecosystem.

“We are looking for AI startups in Singapore, because Singapore is a global innovation hub, and has been able to attract a lot of talent, also giving rise to more deep tech startups compared to other countries in the Southeast Asia,” says Deputy Director-general of the Southern Taiwan Science Park Bureau, Chin-Tsang Ho.

A varied bunch of 13 startups vied for the STSP-TAIRA award, including Gleematic, a cloud-based automated solution for data entry, Seventh Sense, a startup that develops AI-powered facial recognition glasses, and SmartPeep, an AI-powered video monitoring system that automatically sends out alerts to nurses if the patients falls. Each of them was given 3 minutes for their pitch and 5 minutes to take questions, during which they answered judges’ questions about their technologies and business model.

All of these startups had a sound product idea and pitched passionately, and many of them showed great interests in the opportunity to be accelerated to the TAIRA final pitch during break time. But eventually, STSP was wowed over by Blonk due to its solution’s simple and intuitive concept. The tech leverages on a Tinder-style algorithm popular in many dating apps. Employers and employees find candidates and job opportunities by swiping on each other. Using a proprietary algorithm, the matching process becomes more aligned with users’ preferences over time.

“We chose Blonk as the winner because of the uniqueness of the emotion recognition AI technology underlying its recruitment app, which we believe has a large variety of applications, including physical robots and long-term care,” says Deputy Director-general Ho.

“If Blonk is selected for TAIRA’s first cohort, we will be working with Blonk to leverage the R&D resources available in the AI_Robot@STSP advanced makerspace to accelerate their solution, as well as facilitate collaboration between Blonk and relevant corporates in southern Taiwan,”

All in all, STSP believes that collaboration and synergies between overseas and Taiwanese startups also enables cross-pollination of ideas, which will bring greater value add to the Taiwanese tech ecosystem. — Disclosure: This article is produced by the e27 branded content team, written in collaboration with StarFab and STSP.